The April 15 tax filing deadline brought home the reality of the state and local tax (SALT) deduction limits to many high-income, high-net worth individuals in California, New York, New Jersey, Connecticut, Maryland, D.C. and other high tax states. With SALT rates sometimes exceeding 10% of income and real estate taxes around 1% of assessed value, the $10,000 limit on federal SALT deductions has resulted in additional federal income taxes of $10,000 or more. (The average SALT deduction for citizens of the states mentioned above is around $20,000, but those with higher income and real estate taxes could easily top $50,000 where a 30% federal tax rate could cost $15,000 for the year.) Many who had not used the standard deduction for decades took the higher federal standard deduction rather than itemizing, adding “salt” to the wounds as charitable contributions and other deductible expenses yielded no tax benefit.

Several states have sued the federal government. Their representatives in Congress are seeking to change the law and governors have proposed workarounds, such as state deductions for charitable contributions to state universities. However, the lawsuits do not seem to be progressing. In addition, the proposed legislation has political complications. The IRS shot down some of the proposed workarounds in IR-2018-172 by alerting taxpayers and the various states they would be policing quid pro quo arrangements that seek to substitute charitable contributions for SALT deductions. The states are facing pressure to cut taxes now that the SALT taxes are only partially deductible for many taxpayers. Real estate markets are softening, with formerly hot markets in the New York area cooling so much that realtors are seeking buyers rather than buyers seeking houses. States are losing revenue as the caravan of “SALT refugees” grows.

The added cost of taxes, coupled with virtual work arrangements becoming more common, has caused some to pack up and move to a better life in the few states that do not tax individual income—Texas, Florida, Nevada, South Dakota, Washington, Alaska and Wyoming—with Texas and Florida receiving the most SALT refugees.

The states are not giving up their tax base easily. Some states—particularly New York and California—are aggressively performing residency audits to ensure taxpayers have sufficiently severed nexus. High tax bracket taxpayers are more likely to be impacted by such an audit. Preparers advising a recently settled SALT refugee should provide advice on how to evidence their severance with their former state, particularly if they retain a home there or commute there. Regardless of the new state of residence, taxpayers will still have to pay tax on income sourced within their former states.

In general, the former state will look at time spent in the new state versus the old one. Some states aggressively claim that if you cannot prove you were out of the state for a day, you are presumed to be in the former state for that day. Emigres should keep records of days in Texas versus the former state, including airline tickets, gas receipts and calendars with notations or other evidence to show when they were in Texas. Get a clean cutoff date of when residency is established in Texas, since you will need to allocate prior income to the former state. Save documents to help prove your Texas residency.

Here are some items that may be helpful in showing Texas residency: 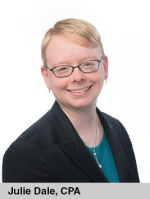