Last week, the IRS announced it has started the process of issuing warning letters to more than 10,000 cryptocurrency holders. There will be three variations of the letters sent depending apparently on the holder’s particular situation. (See IRS Announcement, IRS Has Begun Sending Letters to Virtual Currency Holders Advising Them to Pay Back Taxes, File Amended Returns; Part of Agency’s Larger Efforts ((July 26, 2019)) available at https://www.irs.gov/newsroom/irs-has-begun-sending-letters-to-virtual-currency-owners-advising-them-to-pay-back-taxes-file-amended-returns-part-of-agencys-larger-efforts.) The three letters are available on the IRS’ website and at least one will request a response under penalties of perjury. (See IRS Letter 6173 available at https://www.irs.gov/pub/notices/letter_6173.pdf.) IRS Commissioner Chuck Rettig was quoted as stating, “Taxpayers should take these letters very seriously by reviewing their tax filings and when appropriate, amend past returns and pay back taxes, interest and penalties ….”

The IRS separately issued a summons against Coinbase, a market exchange for Bitcoin, Ethereum and other virtual currencies, seeking information about its customers. Although Coinbase resisted, a federal district court eventually forced Coinbase to disclose to the IRS the taxpayer ID, name, birth date, address and historical transaction records of approximately 13,000 customers in early 2018. That same year, the IRS Large Business and International Division added cryptocurrency transactions to its list of compliance campaigns. (See IRS Announcement, IRS Announces the Identification and Selection of Five Large Business and International Compliance Campaigns (July 2, 2018).)

The IRS Criminal Investigations Division similarly stated it intends to seek criminal charges in certain cases involving virtual currency transactions. (See CCN Markets, US Justice Department & IRS are in Hot Pursuit of Bitcoin Tax Evaders (June 25, 2019).) And for those taxpayers who owe money to the IRS, in December 2018 IRS Collections successfully seized virtual currency from a delinquent taxpayer and later revised the Form 433-A Collection Information Statement in February 2019 to add a specific question about the taxpayer’s virtual currency holdings. (See IRS Form 433-A available at https://www.irs.gov/pub/irs-pdf/f433a.pdf.)

This recent round of letters shows that the IRS has been successful in identifying many investors of virtual currency and is ready to take the next significant step in pursuing them. Because of the increase in value for many virtual currencies, the potential tax implications for many taxpayers can be significant. Bitcoin, for example, was selling at under $50 in 2013. As of today, Coinbase reports the value of Bitcoin at over $9,500, and at one point it was trading at over $13,000. (See Crypto.com, Historical Data for Bitcoin, available at https://coinmarketcap.com/currencies/bitcoin/historical-data/.)

Complicating matters for at least some taxpayers is the fact that the IRS may seek to go back further than the general three-year statute of limitations in making assessments. While the IRS generally has three years from the filing of a return to make an assessment, there are exceptions where there is a substantial omission of income or where a taxpayer commits fraud. (See IRC sec. 6501(c), (e).) Because the IRS may allege either of these in certain cases, it could seek to go back more than three years in some cases.

There may be a limited window of opportunity for some taxpayers to request a voluntary disclosure from the IRS before receiving a letter to potentially avoid criminal prosecution. That window could close after the IRS issues a letter to a particular taxpayer. Because the IRS expects its mailing to be completed by the end of August, this potential window of opportunity may be limited. For taxpayers who are assessed penalties, it may also be possible to request waiver of penalties on the basis of reasonable cause depending on their particular circumstances.

Virtual currency holders and tax practitioners should also keep in mind there may be state tax consequences, as well. Because many state income and business taxes are tied to federal income tax amounts, there may also be reporting and payment obligations at the state level. Many states offer voluntary disclosure or amnesty programs that may benefit taxpayers. The full effect of state tax implications for virtual currency transactions remains to be seen, given the limited guidance currently available. 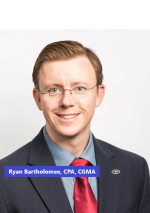